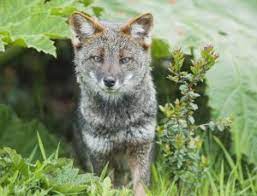 Natural habitats are fast disappearing all across the world. We visit many fascinating places, but these animals are disappearing. Animals that coexist with humans on earth are in danger of being extinct. Some of the rarest animals in the world include the twelve listed below. Some are so uncommon that we don’t even have good images of them. We should make every effort to protect endangered Rarest Animal species around the world.

A small mammal known as the pika or ilia pika (Ochotona aliens) was first identified in the Tianshan mountain range in 1983. These small, 7-8 inch long critters, which prefer to live on sloping exposed rocks, are only found in the too remote Xinjiang area of China. Since 1983, the quantity of Pika has dramatically decreased by 70%, primarily due to climate change.

This wild cat species is at grave risk of going extinct, with only an estimated 60 remaining worldwide. Amur leopards can run up to 37 miles per hour at peak speed. They used to inhabit Korea, China, and Russia. But are now restrict to the Amur River basin in eastern Russia.

Chile’s Chiloè Island and Nahuelbuta National Park are home to Darwin’s fox. They bear Charles Darwin’s name because he discovered the fox species for the first time in 1834. Darwin’s fox, a protected species because it is an “umbrella species” that protects the rest of the ecosystem, is threatened by habitat loss and hunting-related mortality.

This species, indigenous to Laos and Vietnam, is so uncommon that researchers have only ever recorded seeing it four times in the wild. Asians refer to it as a unicorn. Saolas are related to cattle while having a little more antelope-like appearance. The main reasons for Saola’s extinction risk are human-cause habitat degradation and hunting.

Black spider monkeys from Peru live in the Amazon Rainforest’s upper canopy. Since they mostly consume fruit and spread the seeds as they swing from tree to tree, these monkeys are crucial for preserving the environment of the rainforest. Since the 1970s, the number of these monkeys has decreased by more than 50%.

These animals are a remarkable example of how conservation efforts can save species from extinction. Eighteen black-footed ferrets were use in a captive breeding effort in the late 1980s to help boost the species’ population. Today, there are 300 to 400 wild black-footed ferrets; all descended from those original 18.

The smallest rhino is the Sumatran rhinoceros. It is the only Asian rhino with two horns, inhabiting only a few isolated highland forests in Indonesia and Malaysia. The horns of Sumatran rhinos are sought after, just like those of other rhino species. In the past 15 years, only two captive Sumatran rhinoceros females have produced offspring.

The rarest marine animal in the world is the vaquita. It is a cetacean, which includes whales, dolphins, and porpoises. Vaquitas are extremely close to going extinct and grow to only be approximately five feet long. There are only 60 of them left in the wild. Since vaquitas are susceptible to being caught in nets and drowning, climate change and illicit fishing practices are partially to blame.

Despite being native to Florida and the Southeast, just 25 to 40 of these animals remain in the wild today and are all found in Eastern North Carolina. Red wolves are a very threaten species. Although efforts have undertaken to rescue the species. They remain in danger of going extinct. These creatures are renown for their shyness and lifelong eating habits.

Less than 100 spoon-billed sandpiper pairs remain in the world and are gravely endanger. Only its gorgeous plumage, which is as appealing and distinctive in the winter as it is in the summer, comes close to matching its eye-catching bill in terms of elegance. The WWT is making every effort to protect this fascinating species.

The Markhor can found in forests in the Western Himalayas and Karakoram. In Pakistan, flare-horned and straight-horned Markhor are found. The height at the shoulder ranges from 65 to 115 centimeters. They regarded it as critically endangered. Typically, they weigh between 40 and 110 kg. In 2015, it was designat as a Threatened species on the IUCN Red List. 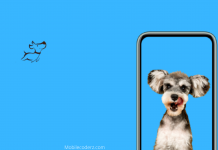 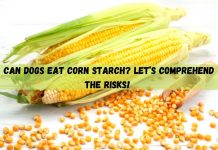 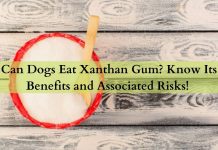